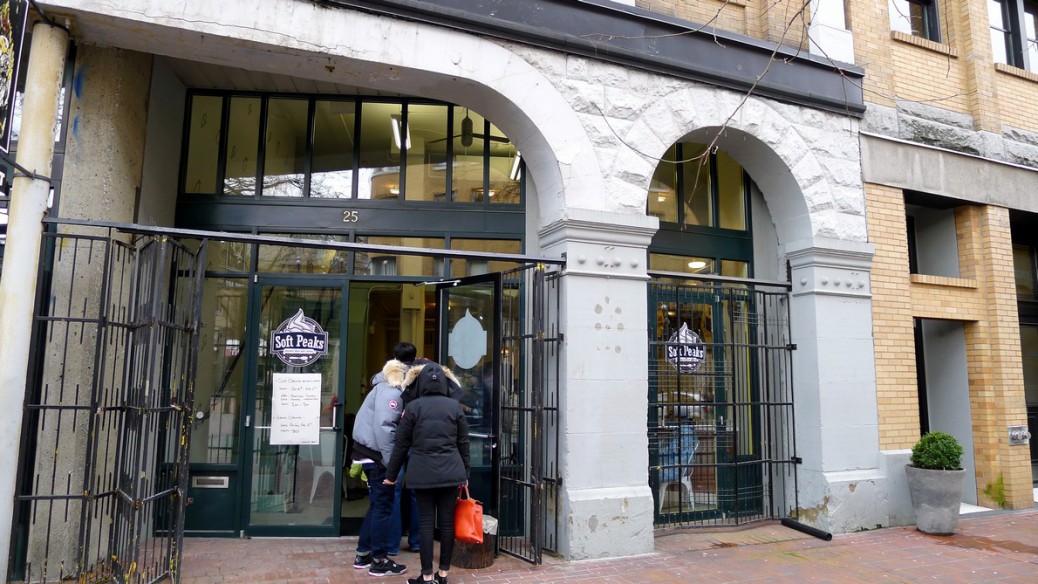 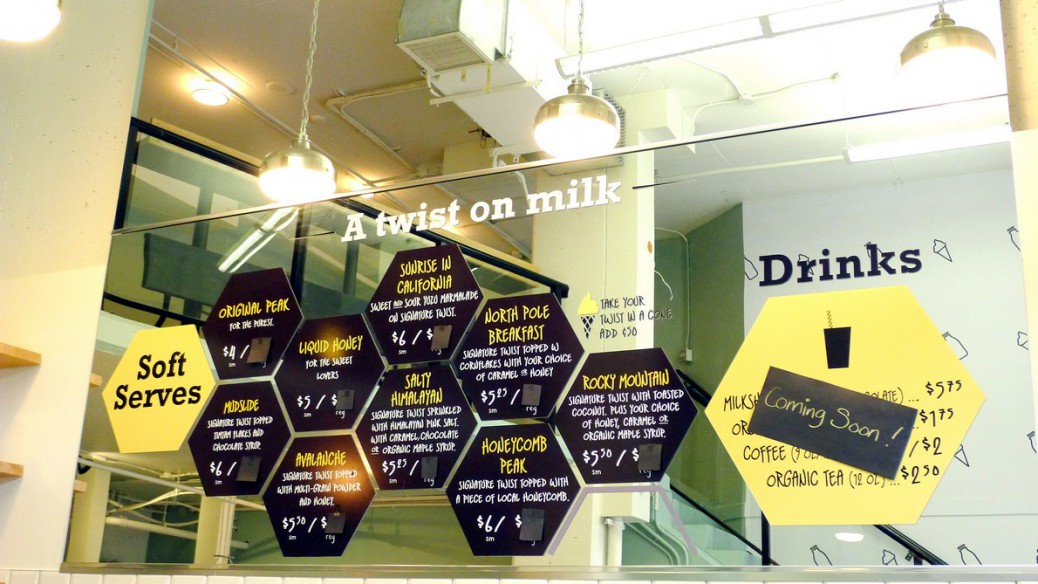 South Korea's soft serve ice cream with honeycomb craze has finally made its way to Vancouver. The latter half of 2013, countless restaurants and dessert shops churned out milky goodness and added soft serve ice cream to their menu. Opened by brothers, Dan and Ken Kim recently opened Soft Peaks in 25 Alexander Street Gastown. Soft Peaks ice cream is the newest dessert shop to open Jan 16, 2015. Soft opening hours are Thrusday to Sunday 1 to 9 pm or when they run out of stock. 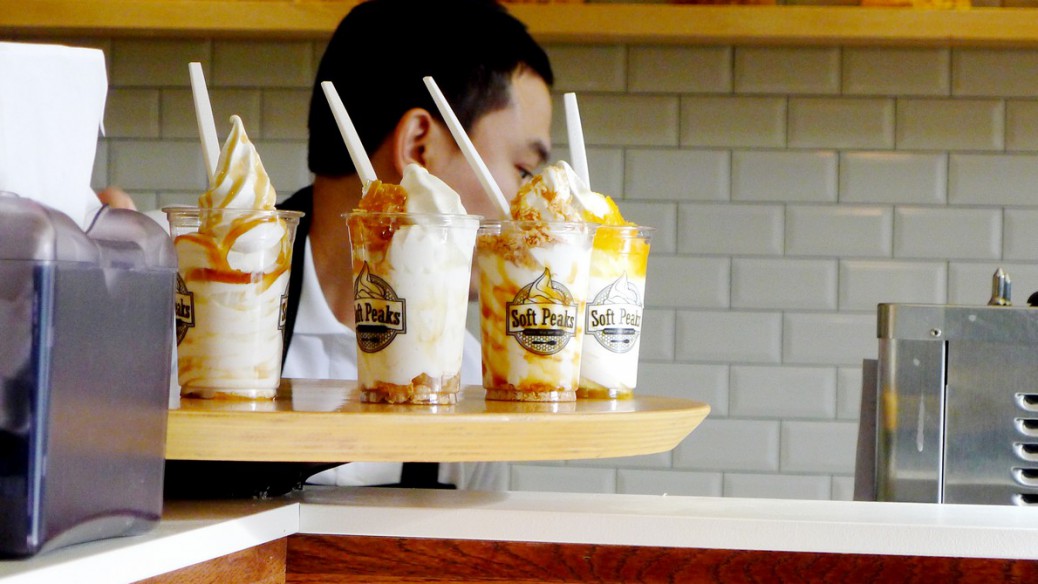 What makes Soft Peaks different than a McDonald's ice cream sundae or a DairyQueen DQ sundae with chocolate fudge? Soft Peaks features Avalon Dairy BC Certified Organic milk churned into a all natural creamy goodness. It is free from chemical stabilizers. Their signature sell is beautiful golden honeycomb from the Okanagan, crushed Tim Tams, and yuzu marmalade. 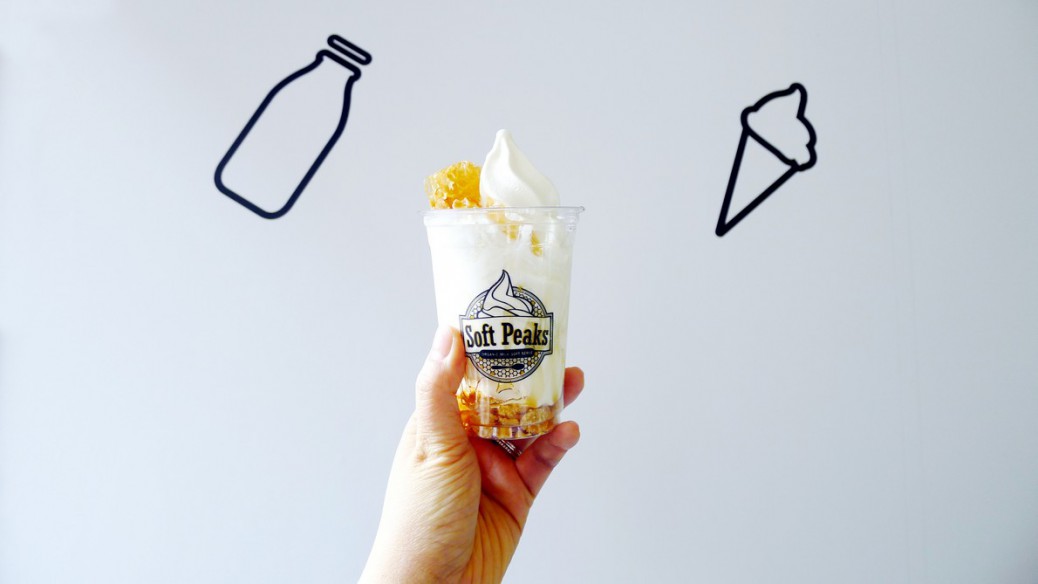 But wait, this all looks too familiar to MilkCow in Philippines and RemiCone in Seoul. MilkCow also boasts to be the best soft serve ice cream made from organic milk and topped with a piece of gooey natural honeycomb! Cotton candy and macaron toppings are other sinful options! Flavors include Snow Drop (cotton candy, sea salt and jelly beans), Milky Pop (caramel corn with caramel syrup) and Milky Crisp (rice crispies with macarons). Coincidence? 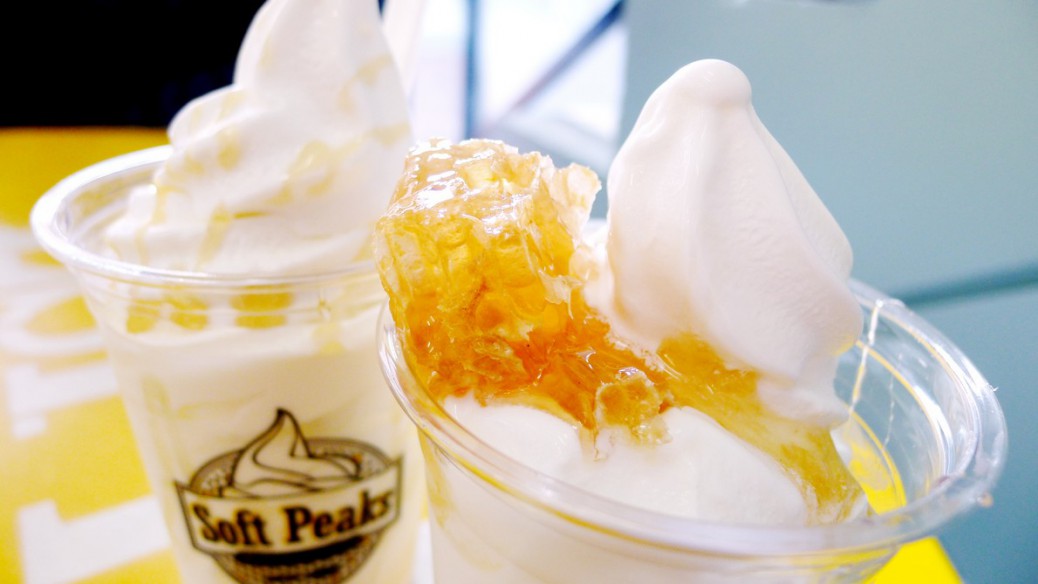 HONEYCOMB PEAK Sm $6.00 | Rg $6.75: We enjoyed the rich creamy ice cream. Being a fan of Avalon's milk, I particularly loved that it is organic. Topped with a piece of local honeycomb. Honeycombs are not extremely sweet as you might think. But is subtle and compliments the soft serve ice cream well. Cornflakes was a nice touch of Momofuku Milk Bar. 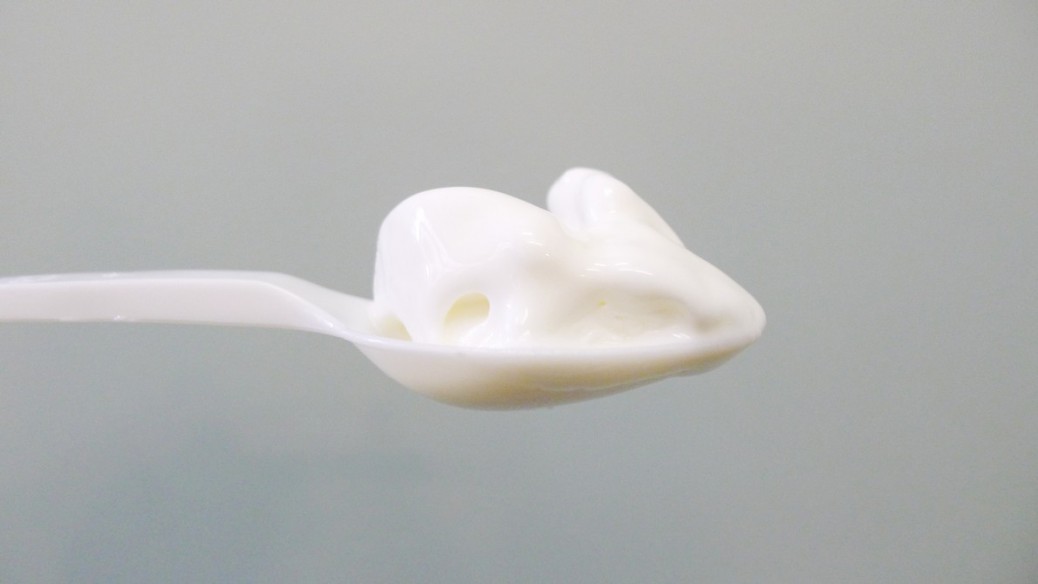 SALTY HIMALYAN Sm $5.25 | $6.00 | This was somewhat disappointing that we could not see or taste much of the Himalayan pink salt. Instead of the choice of caramel, chocolate or organic maple syrup; liquid honey was suggested. No major difference compared to the Honeycomb Peak ice cream.

I would probably suggest trying the Rocky Mountain with toasted coconut or the Mudslide topped with TimTam flakes and chocolate syrup instead.