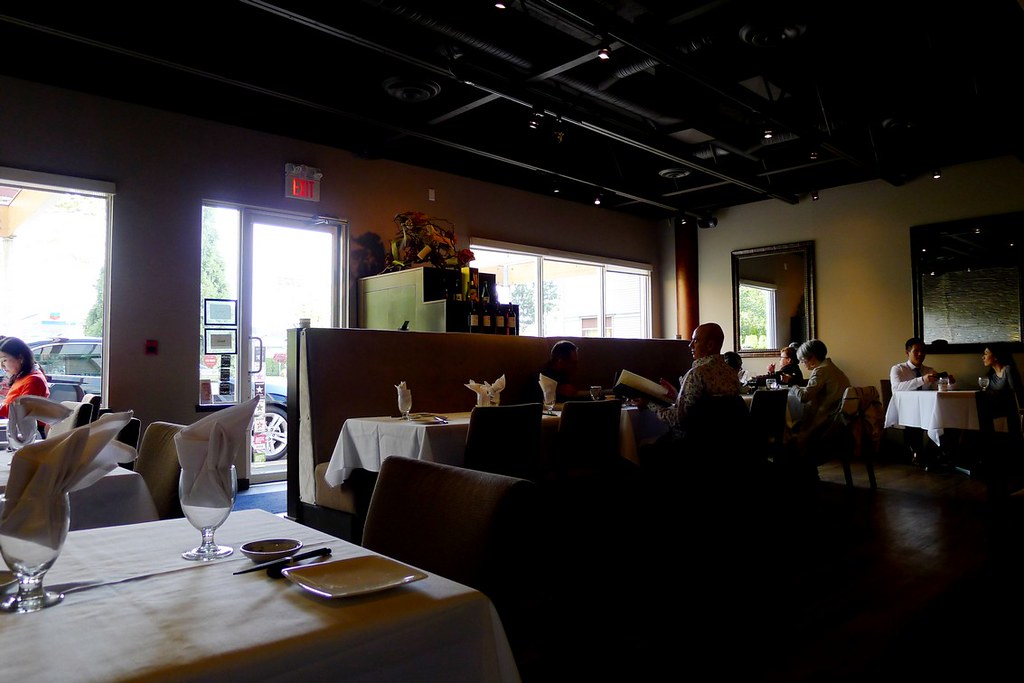 The drive towards UBC on West 16th and MacDonald Street is like a road trip. Zest Japanese Restaurant was recently crowned Best Upscale Japanese 2014 award by Vancouver Magazine. We were intrigued. Plus Dave needed to find a darling place to take me for my birthday dinner. Zest Japanese is features contemporary Japanese cuisine highlighting local ingredients and attentive service. Zest Japanese Restaurant is sister restaurant to ShuRaku Sake Bar in Vancouver downtown. The restaurant seats not more than ten tables and a sushi bar. This is not a place where your meal is rushed but rather enjoyed in a quite setting. Frankly, I wish the food was a little more prompt. We spent a good few minutes between dishes and was getting quite hungry. 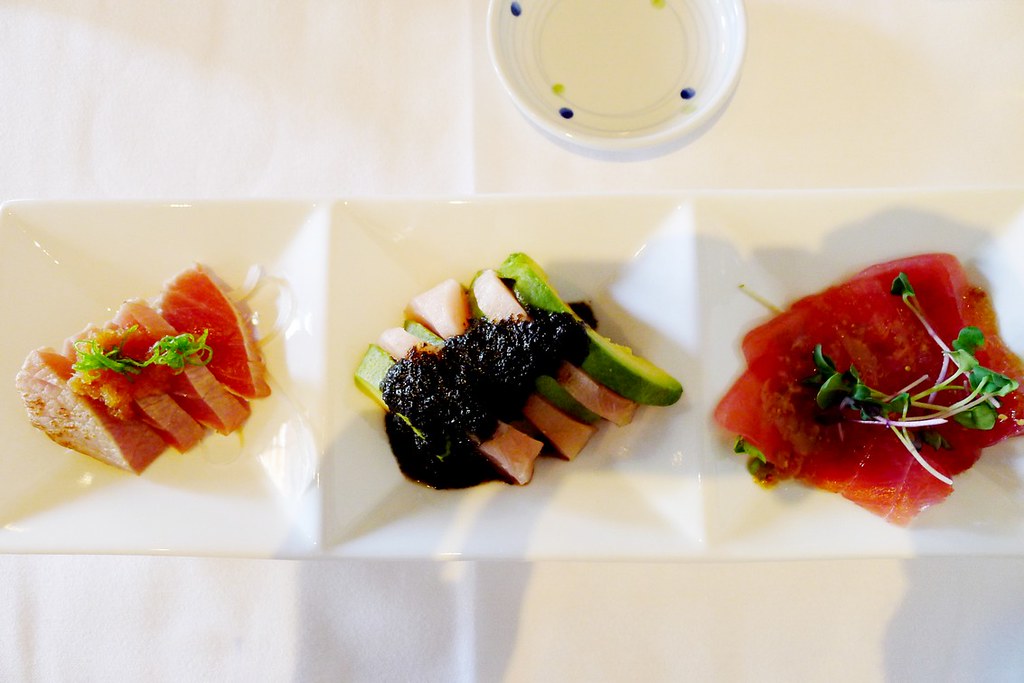 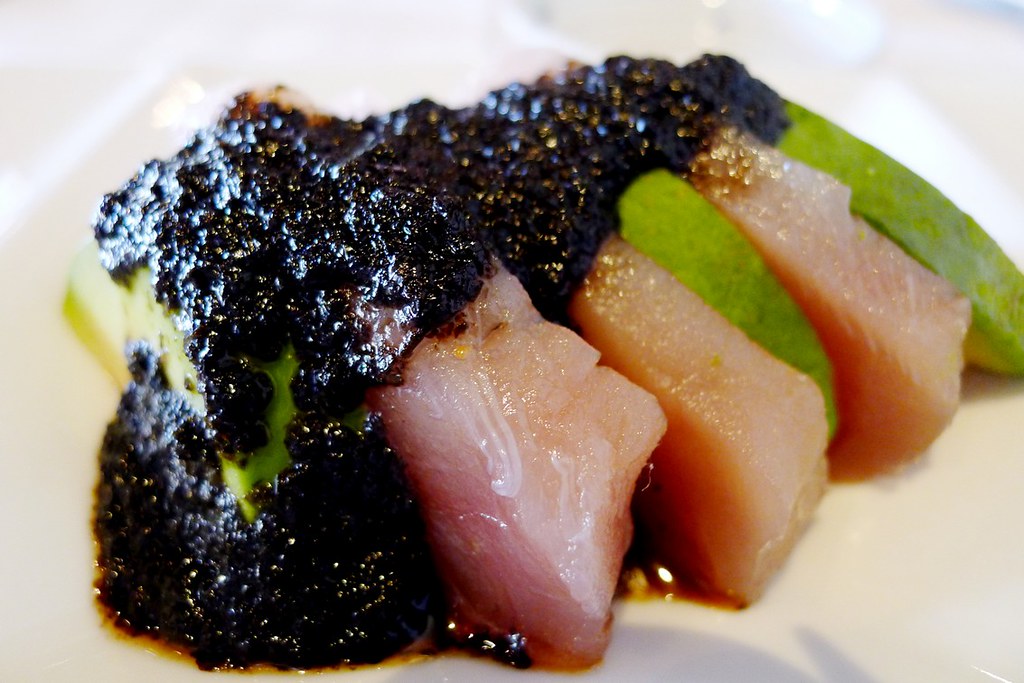 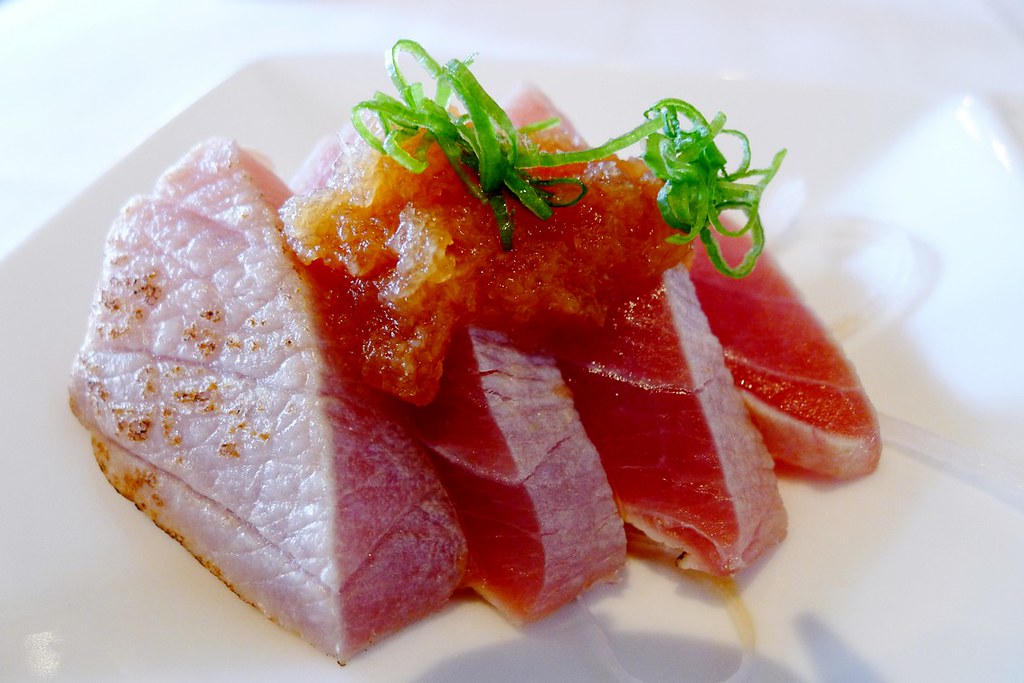 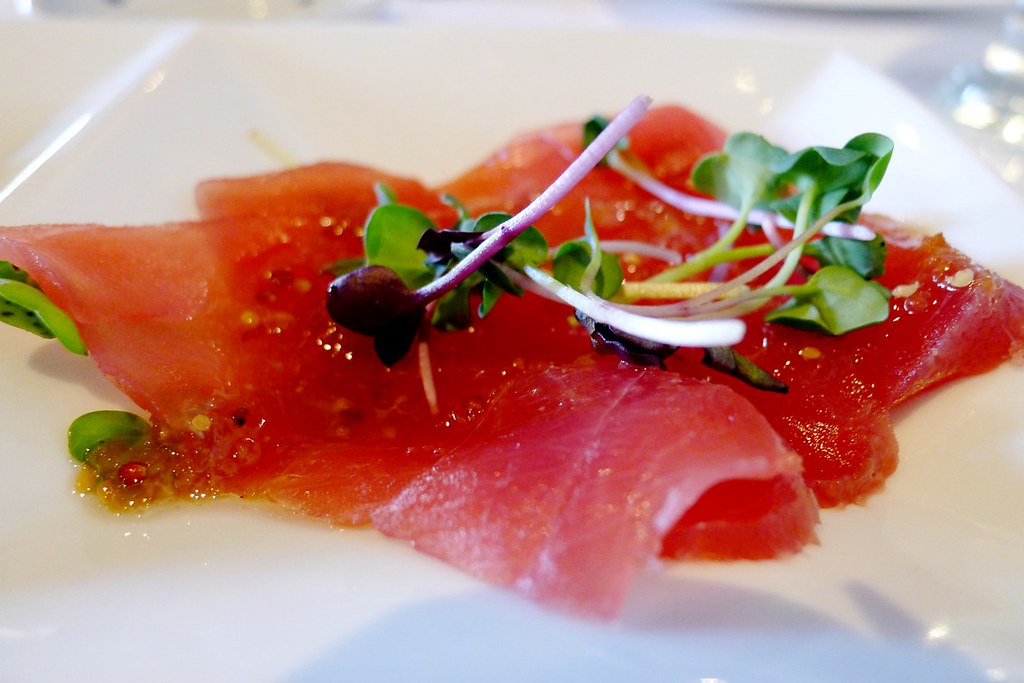 Big eye tuna carpaccio with soy mustard onion dressing has a nice acidity and tanginess. The combination of soy and mustard works well. I think I will try to adapt this for my salad dressings at home also. 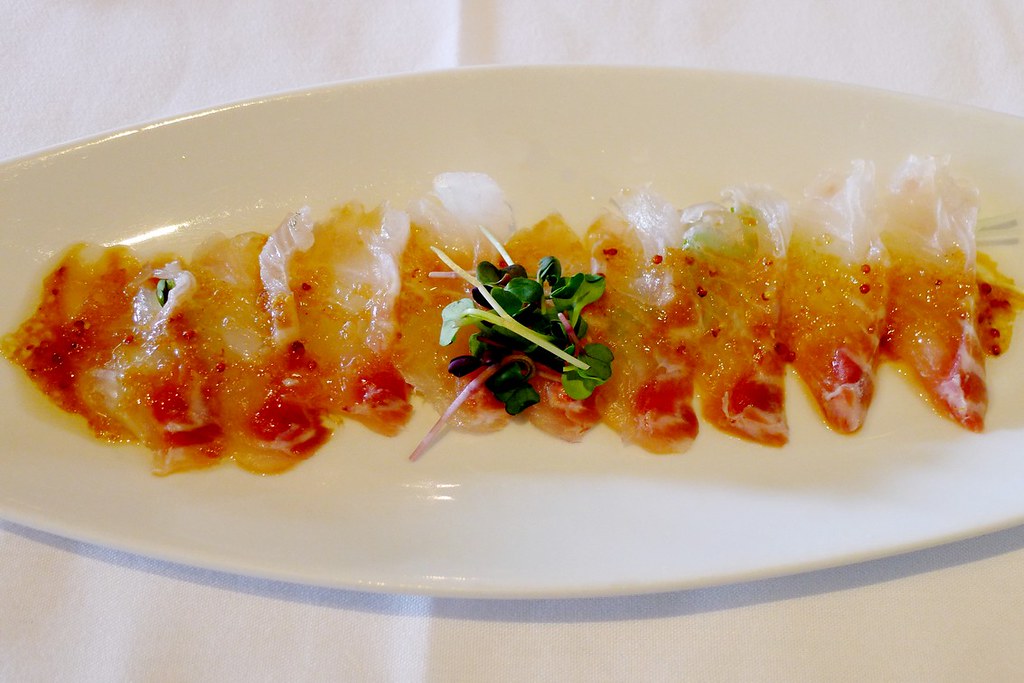 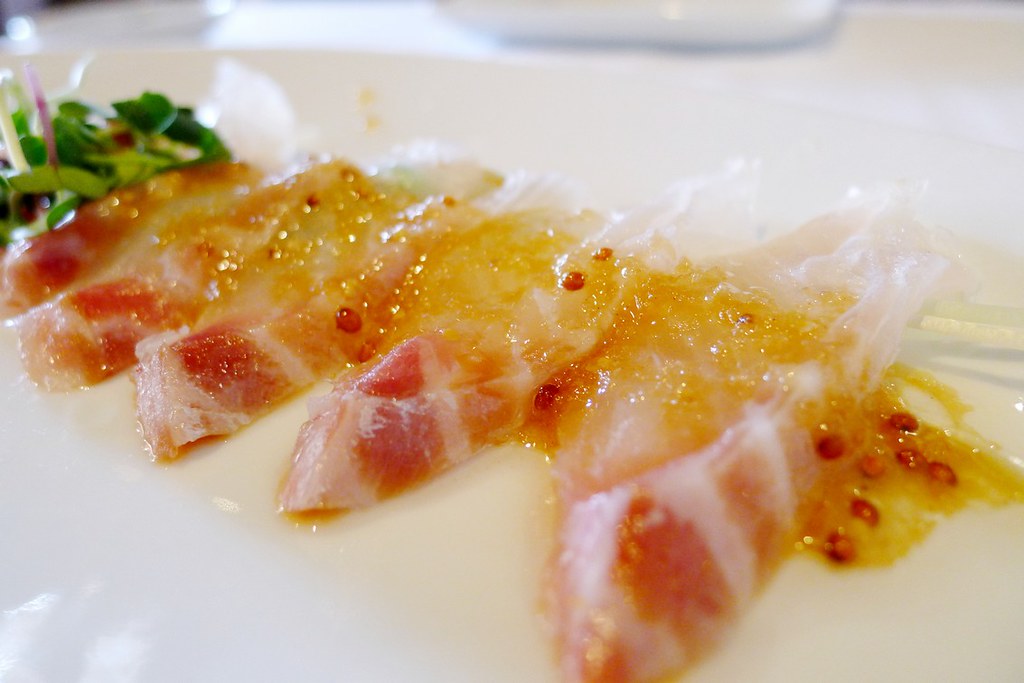 Madai Carpaccio 18: Carpaccio of the day of your choice of big eye tuna or white fish with soy dijon onion dressing. Madai was the catch for the day and I like the firm and sweetness of the fish. 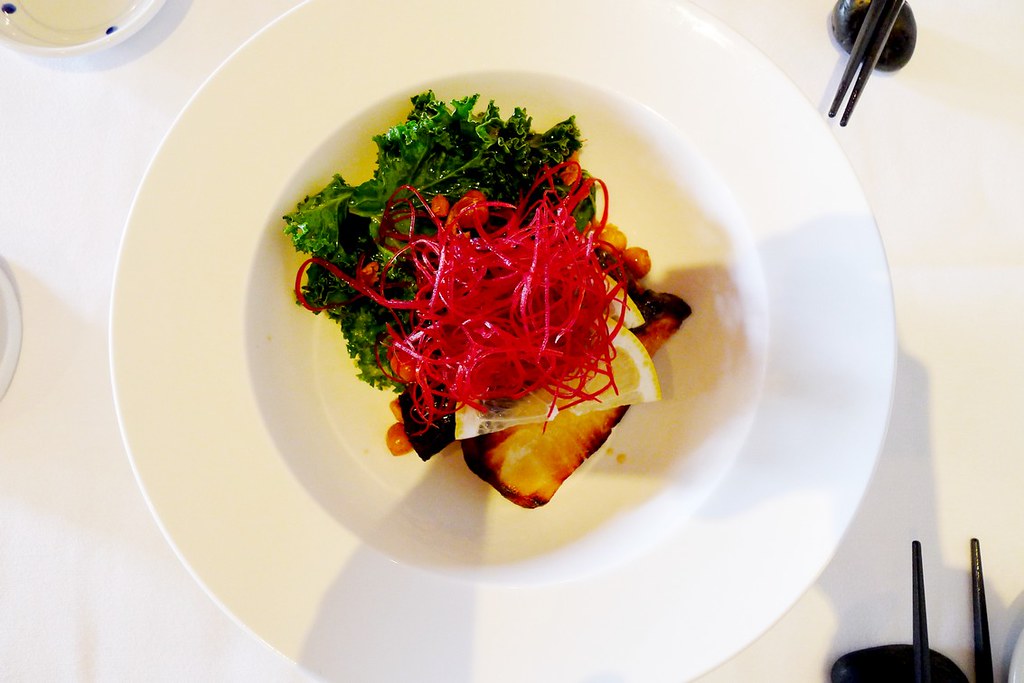 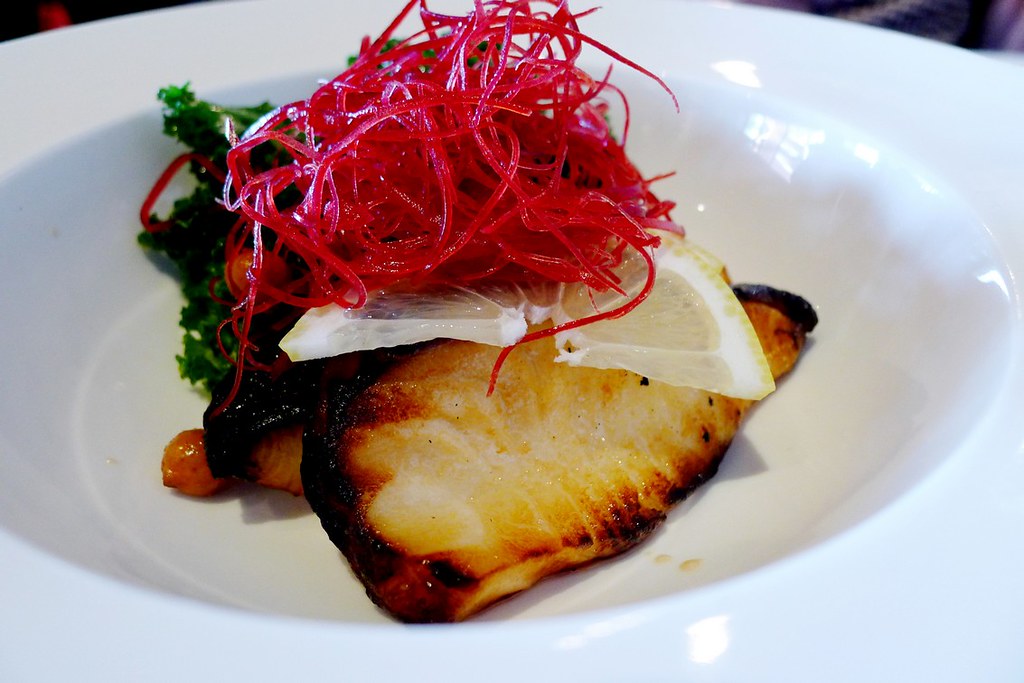 Grilled BC Wild Sable Fish Yuan Zuke 18: 20 hours marinated, yuzu juice, sautéed kale, carly beets, Togarashi chick pea. Shreeded beets are sweet and partially cooked kale acts like a sponge for the sauce. The bitterness of the kale works well to break apart the saltiness of the marinade. Very rarely can you cook a sable fish wrong. It is so creamy and flakey. 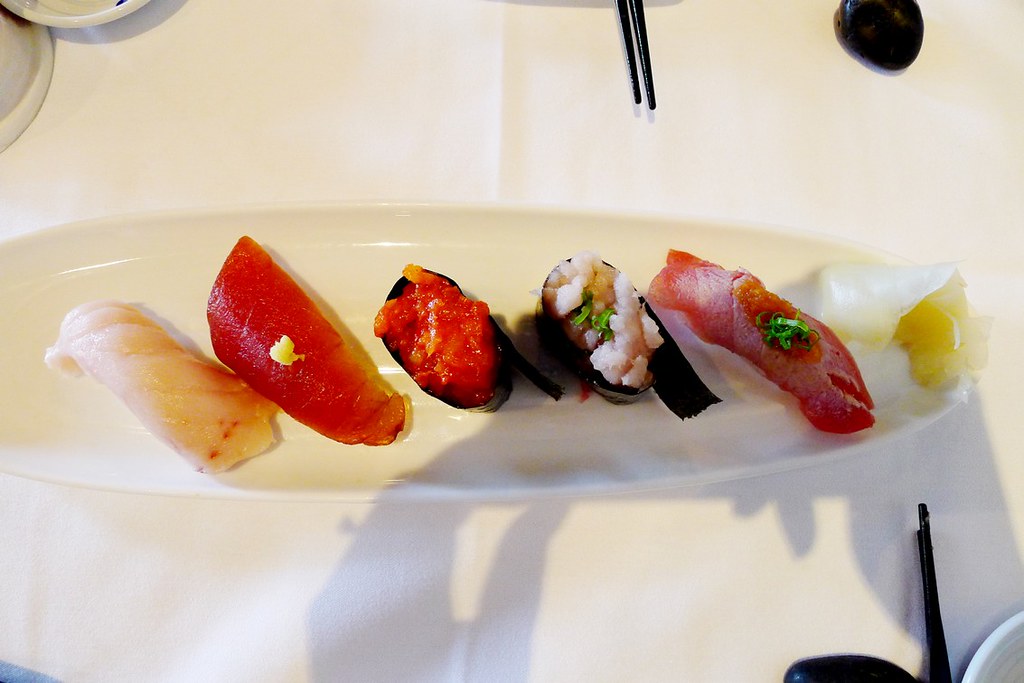 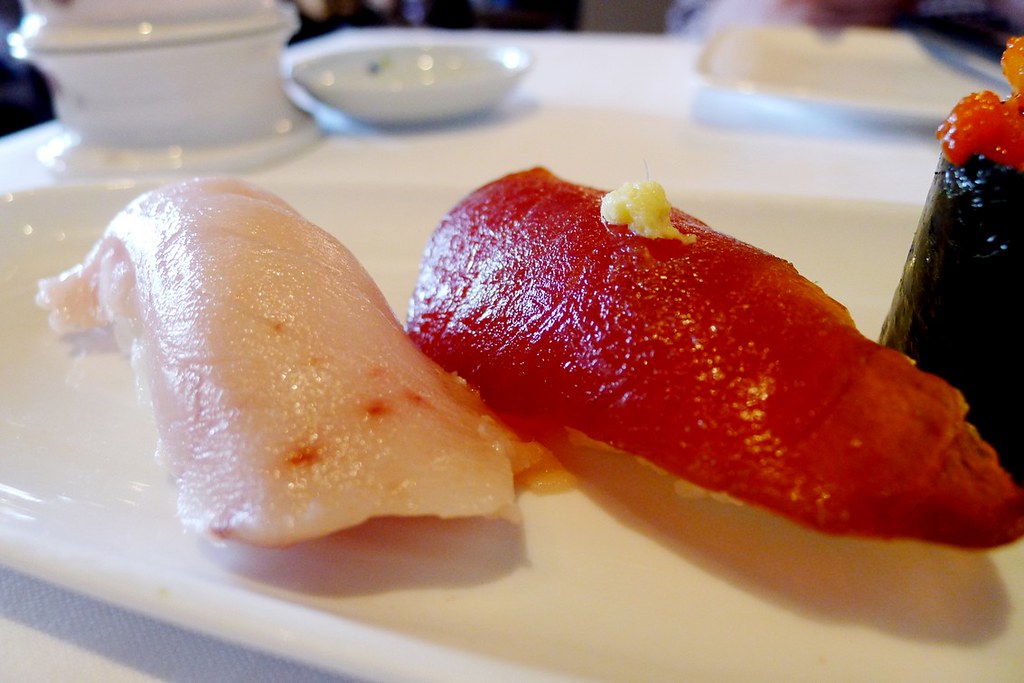 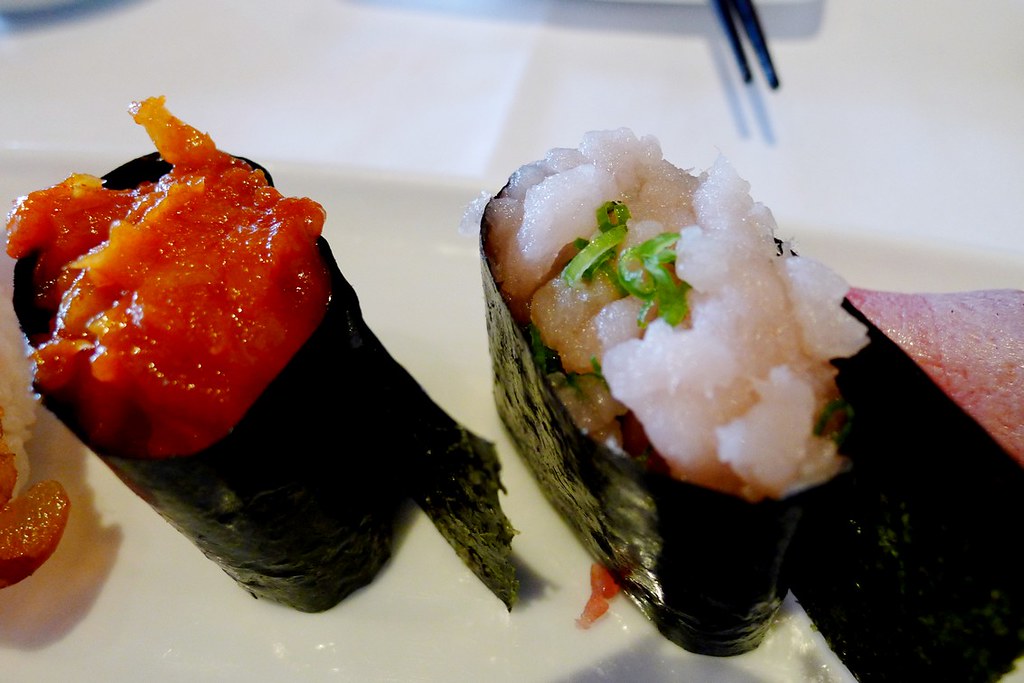 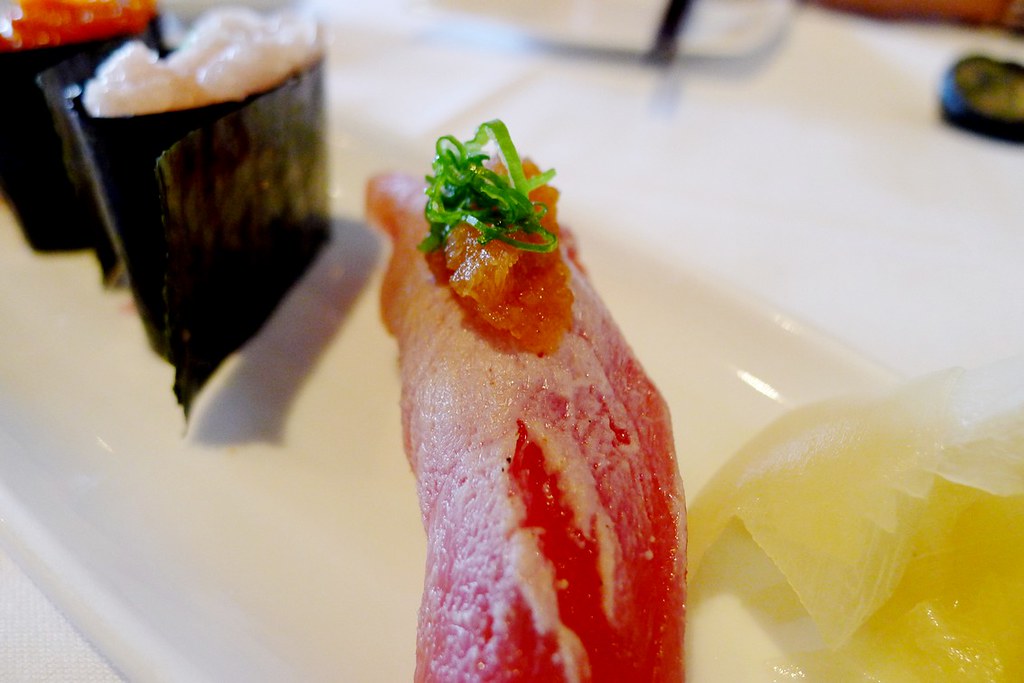 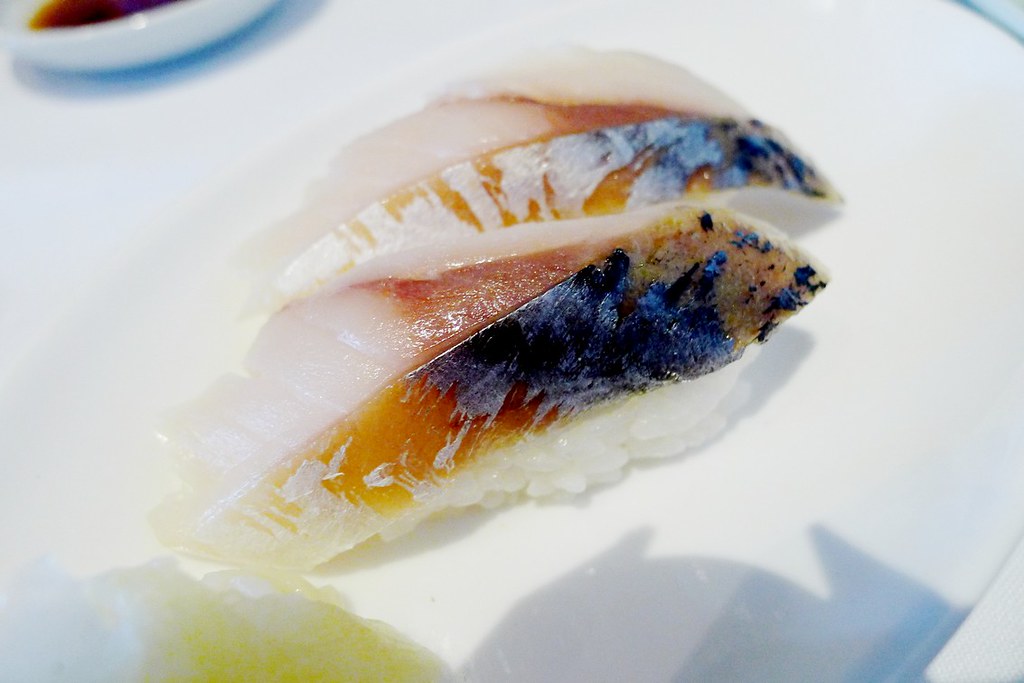 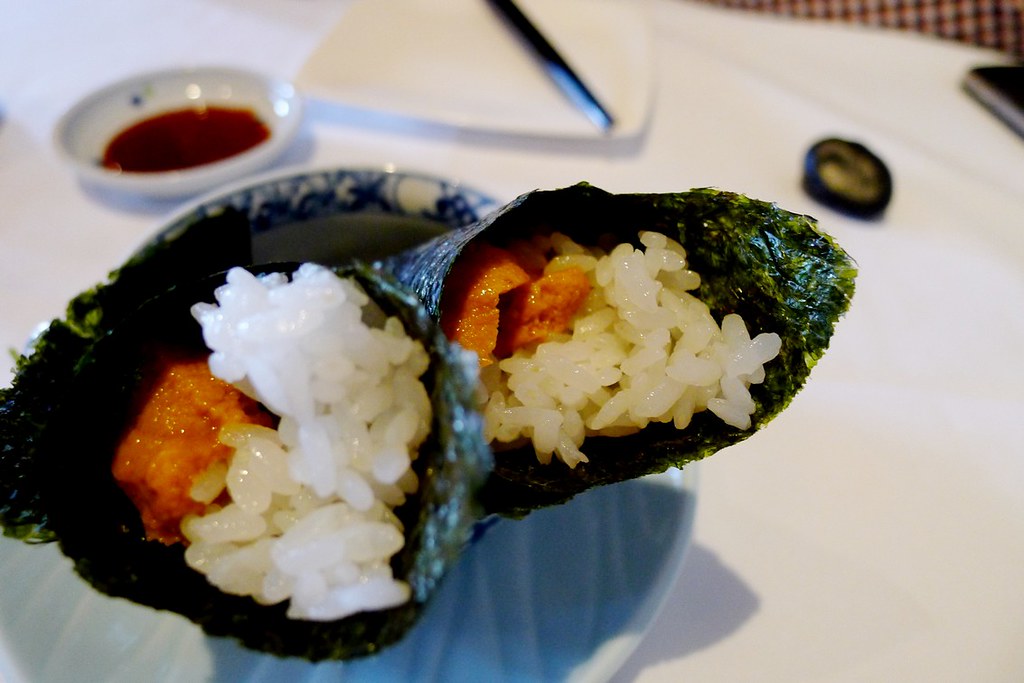 Uni Cone 9: The uni was fresh and the seaweed was fragrant compared to other restaurants. 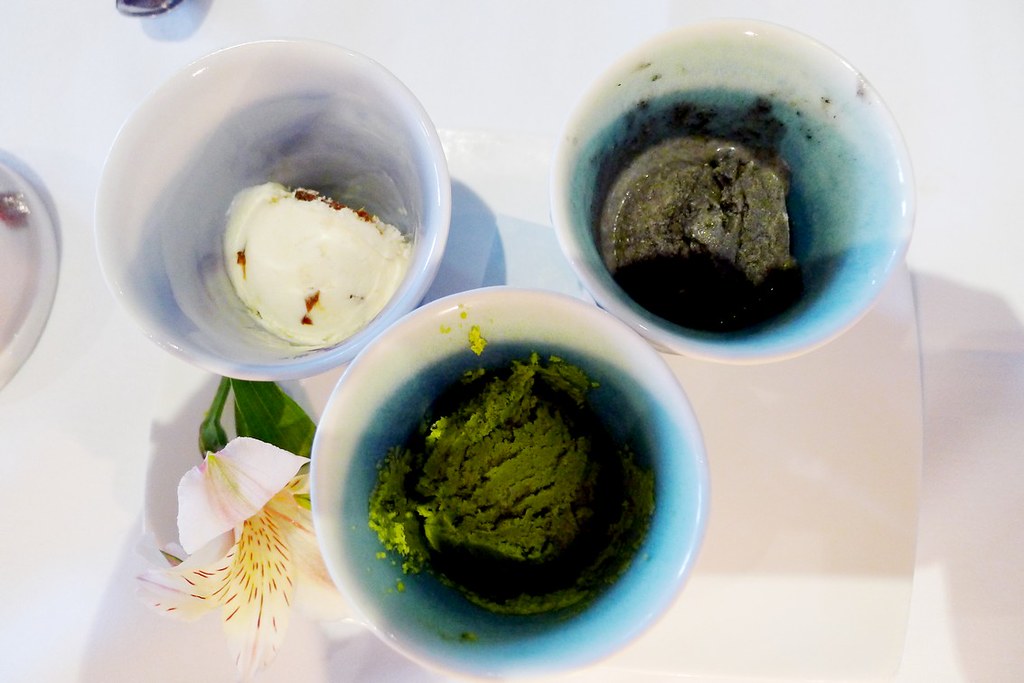 House-made Ice Cream Trio 6: black sesame, green tea or sake raisin. My favorite was the sake raisin. The sake is fragrant and the raisin’s acidy brightens this ice cream. I really hope they can sell me a tub to take home. 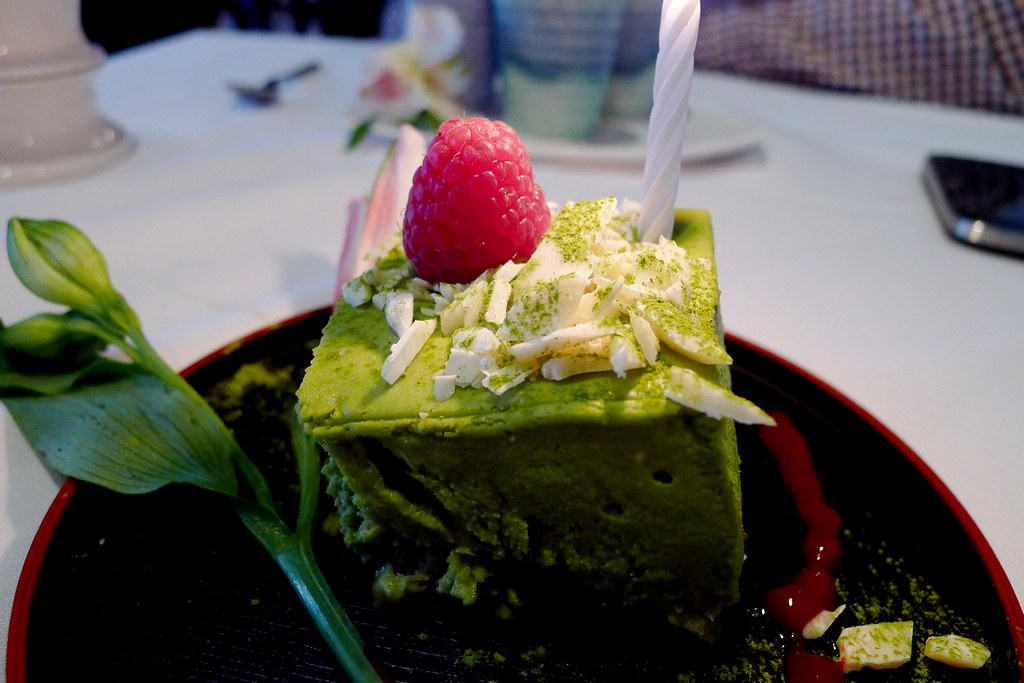 Overall Zest Japanese Cuisine was freshly tasty but short of being wow-ed. Perhaps I will need to come back for Omakase before jumping to conclusions. What are your thoughts? Where would you recommend for truly wow-ing Japanese cuisine without having to fly to Japan to see Jiro?